It makes your SID vicious! (Editor's Note: Not funny, get out)

This is a vanity post, and a plug for one of the best pieces of hardware/software that I’ve ever purchased: the C64 MSSIAH cartridge. If you had any interest in the Elektron SidStation, or maybe noticed that Elektron spent the early 2000s acquiring every spare SID sound synthesis chip they could get their hands on, then check this out:

A few more videos like this, and I was hooked. 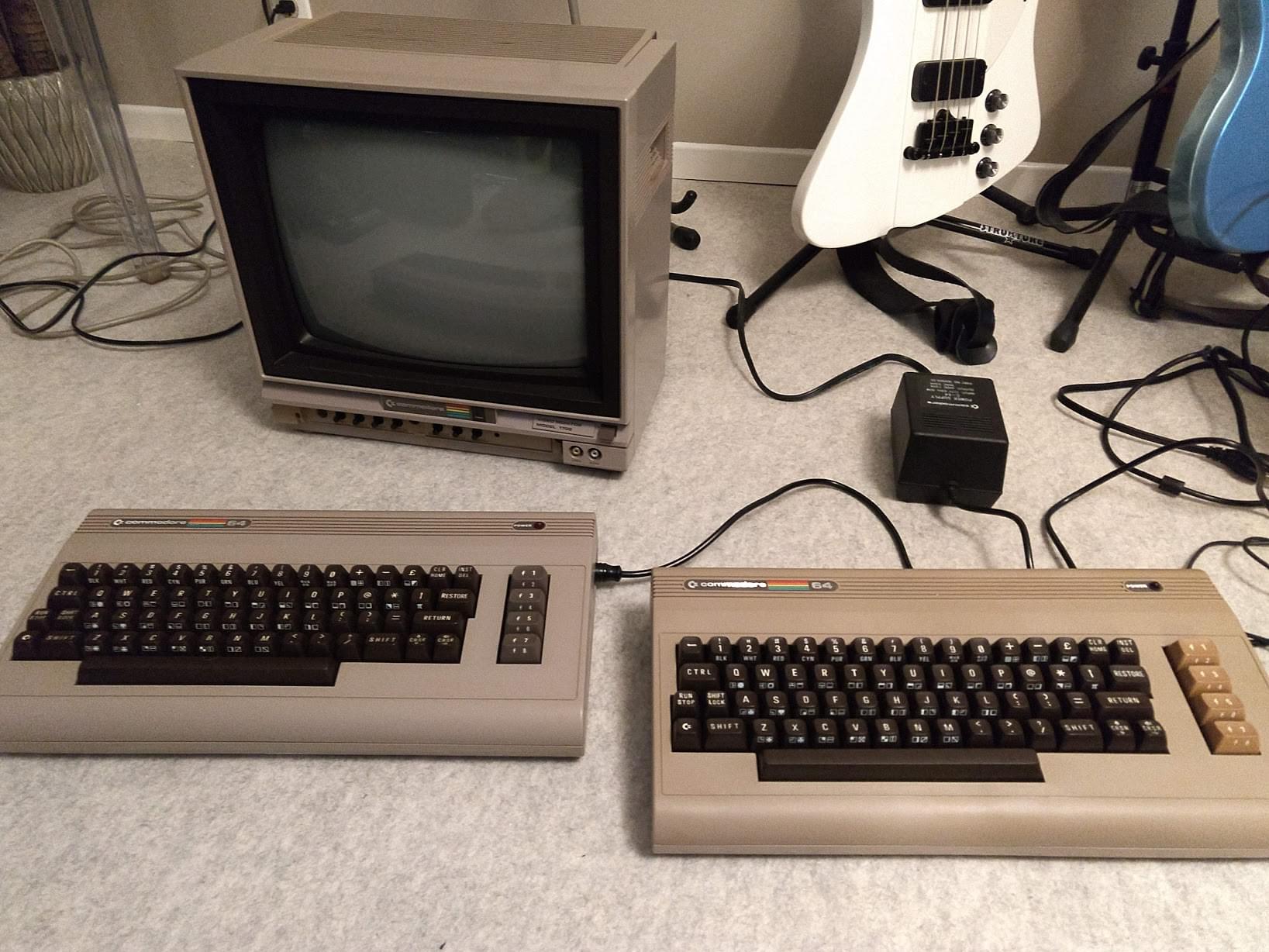 Once it arrived and I tried it with my original C64 (on the right), I was determined to track down another (well maintained, recapped, and tested) later-model C64 with an 8-pin audio/video DIN connector rather than the 5-pin connector on mine. For context, the 5-pin DIN is compatible with the type of composite video you would use with a television set in the 1980s (to play Moon Patrol, obviously). This was fine for my needs, as I acquired the machine (and a connector between 5-pin DIN and NTSC composite RCA) to play games from my childhood and forget that I turn 40 next year. The 8-pin connector is available on a C64 that supports a signal nearly equivalent to S-Video, and is supported by the official Commodore 1702 Video Monitor. The differences between the different ports are explained in more detail on the C64 wiki.

The odyssey to find a working 1702 Video Monitor that didn’t need a lot of work was pretty long, but I found one in great internal shape and mostly okay external shape (no major dents, scrapes, and just missing the panel that hides the video adjustment knobs). Both the monitor and the second, compatible, C64 are on the left. 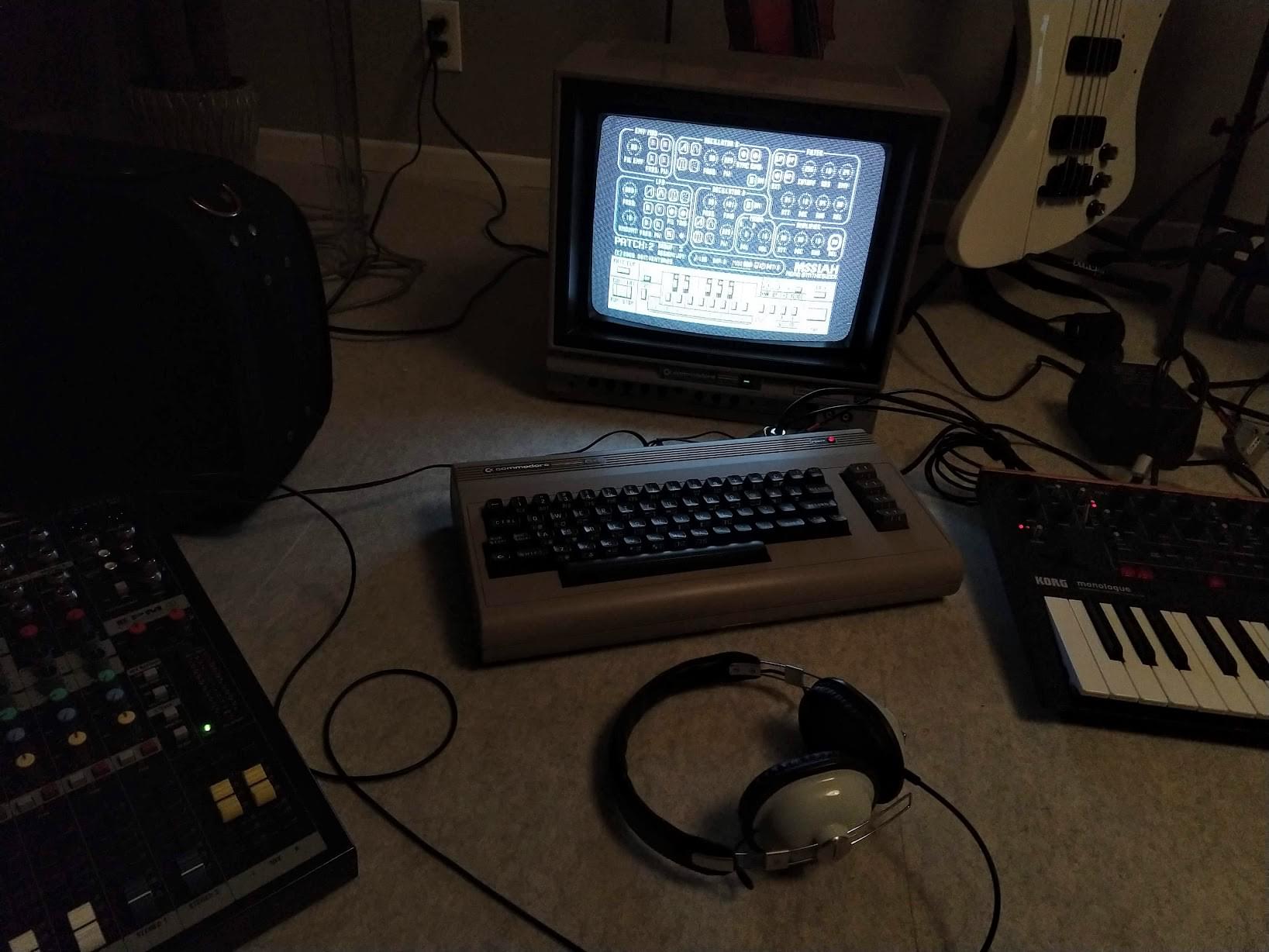 And there is MSSIAH’s mono synthesizer, with the RCA cable (carrying the signal from the C64’s SID) into my DAW. MSSIAH is now a first-class citizen of my (small) home rig. I’ll post some results when I have the time to, you know, actually write music with all this stuff. 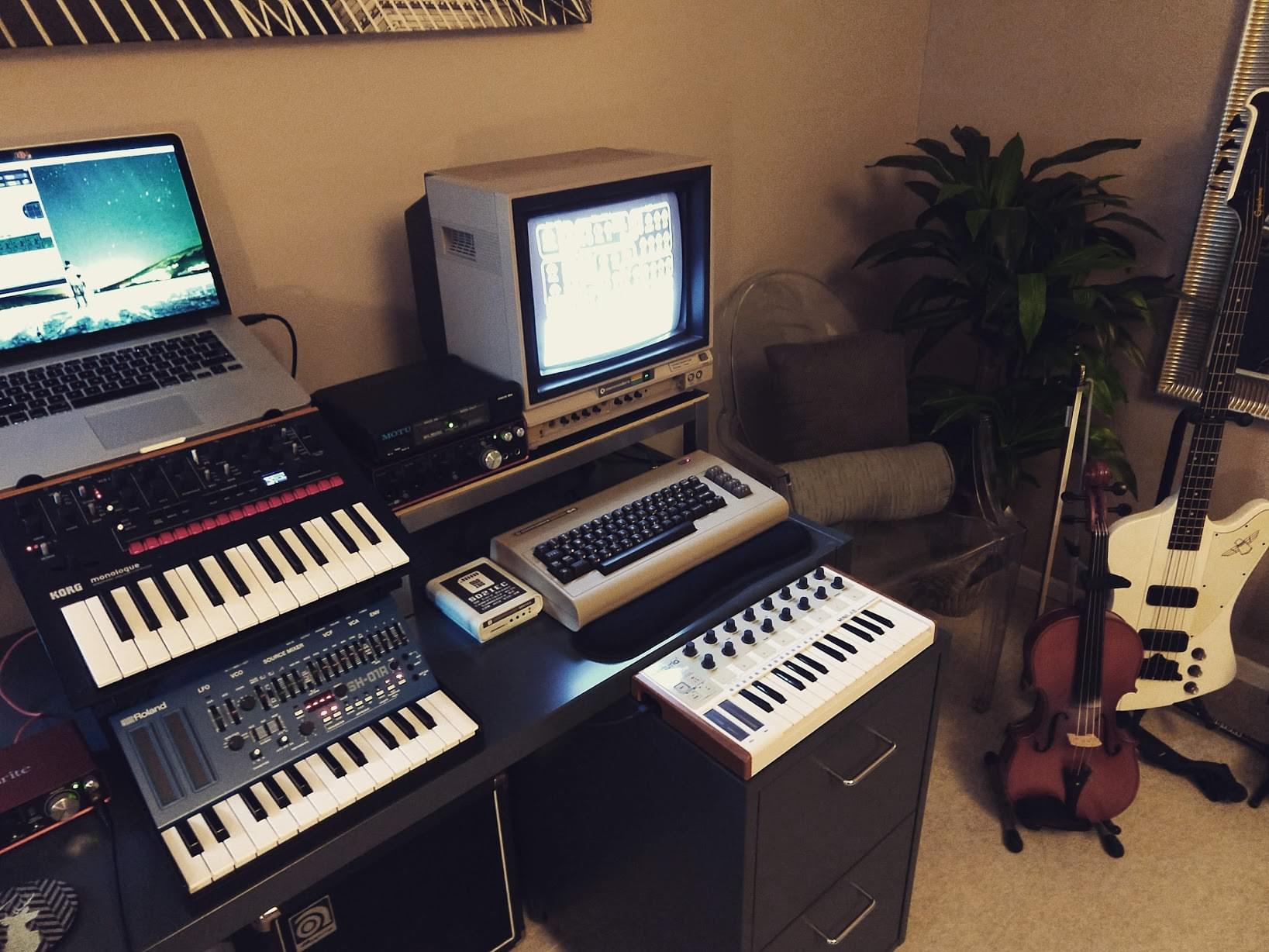 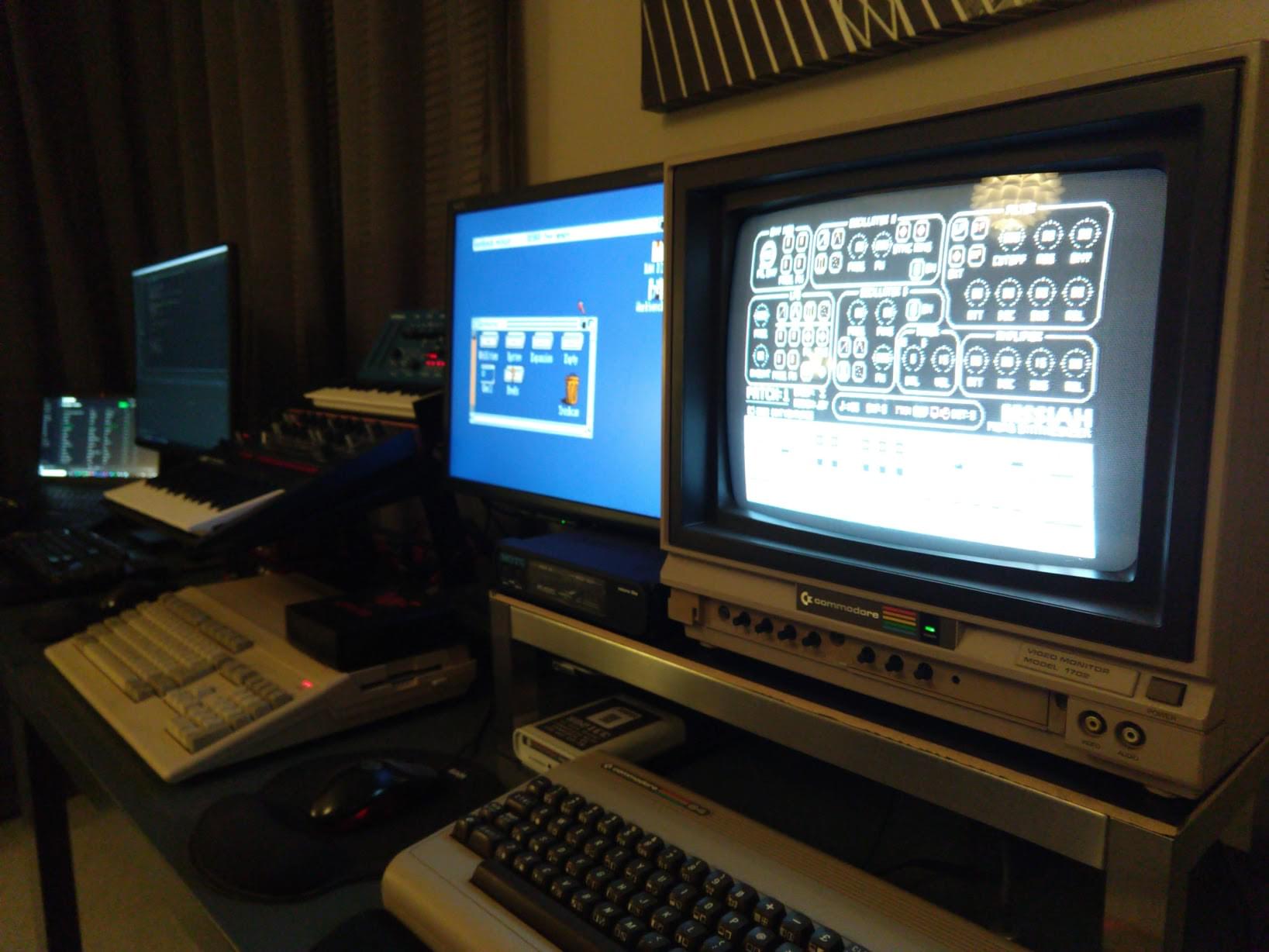